Criticism in Your Relationship!

There is a growing acceptance and tolerance of criticism in our culture today. We hear daily news stories of public officials being critical of people. Publicly, people seem to let such criticisms roll off their backs, suggesting that it is just the state of things. The problem with overt criticism of others is that we become numb to the negative effects of criticism. When we hear criticism of others so often, it can filter into our personal relationships and become a normal and accepted practice in our everyday communications.

What is your experience with criticism? Have you ever been in a relationship with someone who criticizes you? It feels awful, doesn’t it? Criticism causes hurt, humiliation and rejection. These feelings are all processed by the same areas in the brain that process physical pain.

As an example, Mary criticizes Jerry’s driving. Almost every time they are in the car together, she says things like, “Slow down, you’re driving too fast!” “Look out! You’re going to get us killed!” “Don’t you know where you’re going?”

Jerry gets stressed and angry when Mary criticizes his driving. He either yells at her or shuts down and stews in his anger. There is no positive outcome from this kind of criticism. There is no resolution and the pattern continues to recycle. Using criticism in a conversation ends up being a lose-lose interaction. It causes distance and disconnection in the relationship. The person being criticized doesn’t feel good, and the person doing the criticizing doesn’t feel good either. Jerry feels irritated and generalizes that nothing he does pleases Mary. Mary feels worried about her safety and frustrated that Jerry doesn’t care or love her enough to drive more safely.

Criticism is one of the most destructive communication practices in any relationship. When someone criticizes, they send a negative comment that passes judgement, censures and focuses on blame. Criticism attacks the person’s character rather than talking about the issue or problem and damages self-esteem. Criticism is different than a complaint. Critical statements usually include name-calling, blaming, using words like always, never, and nobody. These criticisms invoke responses that are defensive, give excuses, or cause a shutdown or silence.

The person who criticizes may legitimately have a complaint or concern and feel upset. However, when that upset is expressed as a criticism it lessens the chance that the person will be heard. When criticism leads to the other person becoming defensive or shutting down, there will be no opportunity for a resolution to the problem.

Sometimes critical comments are a projection of what the person doing the criticizing feels about him or herself. Remember the old adage that says when you point a finger at someone, there are three fingers point back at you? This means that the faults and criticisms we have for another often reflect the same fault, shortcoming, or criticism we have for our self. At best, when a person criticizes and is hurtful to another, it reflects how unhappy, distressed or critical he or she feels about him or herself. Mary is worried and anxious about her own driving ever since she was involved in a car accident when she was a teenager. She projects these fears as a criticism of Jerry and the way he drives.

It’s important to stop criticism in your relationships! Criticism is a communication practice that is learned. Since it is learned, it is possible to learn a better, healthier way of communicating when you are hurt or angry. Start by being mindful and recognizing criticism and agree it is not helpful in your relationship. Make a commitment to STOP criticism and start using constructive conversation. Recognize when you have been critical, then use an I Message like “I’m feeling nervous and would appreciate if you would please slow down.” Using this I Message practice can quickly change the nature of the conversation.

Be proactive and replace criticism with constructive communication.

Order our book: Mindful Loving: A Guide to Loving with Passion and Purpose: https://www.balboapress.com/en/bookstore/bookdetails/475794-mindful-loving 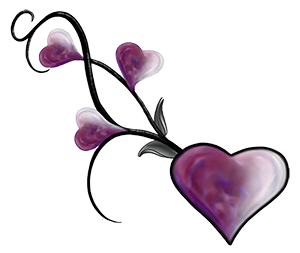